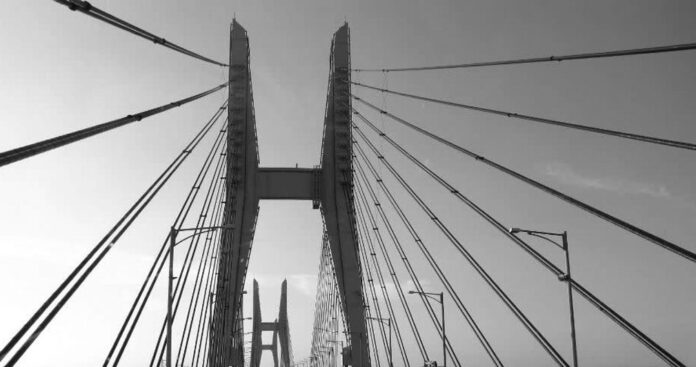 For the lay citizens and engineering aficionado, there is something more to look out to in the national capital: the country’s first asymmetrical cable-stayed bridge. Appropriately titled Signature Bridge, it stands tall and long connecting Wazirabad to East Delhi, a veritable feast for the eyes of every visitor to Delhi.

Inaugurated on November 4, 2018, by Delhi Chief Minister Arvind Kejriwal, the Signature Bridge boasts of a pylon that is the tallest structure in Delhi at present and is almost double the height of the Qutab Minar. Built to reduce traffic congestion on the previously existing Wazirabad bridge, Signature Bridge is today the most attractive and iconic modern engineering marvel in the capital city, seeming to welcome every visitor with closed palms in a ‘namaste’.

The Signature Bridge is a cantilever spar cable-stayed bridge which spans the Yamuna river at Wazirabad section, connecting Wazirabad to East Delhi. Cantilever-spar cable-stayed bridge has a single cantilever spar on one side of the span. Its spar is made in such a way as to resist possible bending by the cables because cable forces of this bridge are not balanced on the two sides. The bridge applies large overturning force on its foundation.

The deck is composite (with concrete and steel) and pylon is of steel. In cable stayed bridge, Towers or pylons are one from which cables support the bridge deck. The bridge boasts of 127 strands of back-stay cables, spherical bearings of 17,300 ton vertical capacity, pendulum bearing to resist uplift of 6,300 ton, and transportation and handling of 460 ton pylon base segment.

The dynamically shaped pylon consists of 2 inclined columns, which are rigidly connected to the driving lanes and bend mid-way. The upper portion of the pylon anchors the back-stay cables as well as the main-span cables, arranged like strings on a harp.

A feast for the eyes

The tip of the pylon is created by a 98 ft (30 m) high steel-glass structure, which can be illuminated to create the landmark visible from afar at night. Another specialty of the bridge is that the self-weight of the pylon balances out the self-weight of the super structure through the eccentric location of its center of gravity with respect to the pivot point of the pylon footing. This serves well to reduce the load on the back-stay cables. The fact that the modules were bolted together on site instead of welded is an adjustment to the local method of construction.

The project was divided into two packages. The first package comprised the eastern and western approaches and main cable-stayed bridge that later connected to the approaches. Work on the approaches was carried out by Gammon India in 2008 at a cost of Rs. 350 crore.

The eastern approach has a 1.8 km long embankment to connect the main cable stayed bridge with the marginal bund road at the Khajuri Khas intersection on the East Delhi side. It also involves a flyover and a ground level rotary at Khajuri Khas intersection and river training works involving guide bunds and a launching apron. All told, the bridge cost Rs 1518.37 crore.

The new landmark has reduced commuting time between north-east areas and the inner city from 45 minutes to just 10 minutes, helping the city combat pollution and save on fuel costs. There are graphics on the bridge which represents modern and progressive India, the intention being development of the bridge into a tourist destination in the second phase. The 575-metre bridge also has selfie spots. With a 250 mm thick steel plate fabrication, the bridge is one of the most contemporary landmarks in the city.

Construction of the bridge involved long planning, tender, retender, design, redesign, etc., all of which took quite a while. The time estimated for the completion of the project was 45 months, but it took 48 more months for its completion. There might be many factors that contributed to the delay, but the primary causes were beyond the control of the project team and included shifting of public utility services, civic amenities, government offices, etc., located within the project site. Even getting permission for cutting trees falling in alignment of the proposed bridge took more time than expected.

A substantial portion of the site (P 23 to P 26) became available only after the Ministry of Environment & Forests issued permission for felling trees in December 2011. This resulted in a delay of about 21 months. There was then the geological surprise factor to be taken into account and this necessitated re-design and execution using specialized machinery.

After taking the entire site area into possession, a detailed soil investigation was carried out at the location of P-23 foundations to ascertain and verify the design parameters. During this detailed soil investigation, steeply dipping rock (about 9m dip in 17.5m dia. well) was found above the design founding level of wells. This geological surprise warranted change in design of well foundation at P-23, the most critical one as these wells relate to back stay pier and were to take the entire uplift force of around 6,800 tons of back stay cables.

Existence of rock above the designed founding level meant that the wells could not be sunk into the hard rock. Hence the structural design consultants modified the design of P-23 well foundation to integrated well-pile foundation, with a provision of 16 nos. piles of 1.20m dia., through the staining wall in each well with 6m embedment into the rock under water at around 50 meter depth, after drilling the rock, which is an extremely difficult and a challenging job.

Normally available machinery in the country could not drill from ground level. This required highly specialized boring machines for execution of integrated well-pile system. Finally, the machinery was identified in Korea and was brought to India and the drilling started in December 2014. The concreting of first pile was done on January 14, 2015. Still, there were a lot of issues to be tackled as the drilling progressed. Soil in adjoining wells began collapsing as a result of which boring had to be done repeatedly, reinstalling the machine several times with patience and care. This inevitably resulted in cost and time overruns and the work could be completed only in 16 months.

Unavailability of fund was also an issue. The initial budget allocated by the Delhi Government was 459.00 crore for a normal balance cable stayed bridge. The project was scheduled for completion before for the Commonwealth Games, which took place in October 2010. Final design was selected in consultation with eminent architect Charles Correa, ho was the then chairman of DUAC. The approved concept of main bridge was an unsymmetrical cable stayed bridge with a bow shaped pylon of about 154 m. height with cable stays on one side and back stays on the other.

The architectural design approved by the Government of Delhi bore no resemblance to the original proposal. In its new avatar, the total length of the he bridge increased from 600 m to 675 meters, with a main span of 251 meters and approach spans on either side of the main span. The bridge now had dual carriageway of 14 m each with central verge and maintenance walkways over a steel concrete composite deck having a width of 35.20 m. Tenders were invited from the pre-qualified agencies based on international prequalification process and the financial bids were obtained in March 2007.

Hindustan Construction Company, in joint venture with China Harbor Engineering Company was the lowest bidder at Rs.845.97 crore. As the quoted amount of the lowest tenderer had exceeded the provisions of the sanctioned estimate, a revised preliminary estimate amounting to Rs. 887.29 crore was submitted to the Government of Delhi. Sanction for the Rs. 887.29 crore outlay came in January 2008. Once the outlay was approved, the work on the approaches was awarded to Gammon India Limited at a cost of Rs.348.90 crore.

The Government approved the modified preliminary estimate for Rs. 1131.00 crore on February 24, 2010. The work on the main bridge was awarded immediately. In the contract, there existed an escalation clause 10CA & 10CC ie., which stated as follow: “If the prices of materials and/or wages of labour required for execution of the work increase, the contractor shall be compen­sated for such increase as per provision of contract and the amount of the contract shall accordingly be varied, subject to the condition that such compensation for escalation in prices and wages shall be available only for the work done during the stipulated period of the contract including the justified period extended”.

This was in addition to the contract amount of Rs. 631.81 crore approved for main cable-stayed bridge. Since, the total cost of the bridge exceeded the sanctioned amount of Rs. 1131 crore, a revised estimate was submitted to the Government of Delhi and approval was received for Rs. 1518.37 crore in July 2018.

Why an asymmetric cable bridge?

The basic reason for changing the design was the Delhi Government’s desire to create a new engineering marvel for Delhi. The concept design was provided by the world renowned structure design consultants Schlaich Bergermann and Partner, Germany. After a series of discussions regarding its shape and style, the final shape (as actually built now) was selected in consultation with Charles Correa, Jorg Schlaich, Dr. T N Subbarao, Ratan Batliboi, and other eminent engineers and architects. The design consultants and architects visited the construction site frequently to ensure that the work was done in a professional manner. The DTTDC ensured that the quality was excellent and there was no compromise on anything at any stage, whether in design or construction.

Agencies from as many as 15 countries were involved in the execution of this prestigious project, with the DTTDC ensuring proper coordination between all the agencies involved. The following were the roles played by agencies in each of the 15 nations: India: construction of foundations; Germany: design consultancy and Kalzip roofing; France: proof design consultancy and supply of tower crane; Switzerland: expansion joint; China: procurement and fabrication of steel deck and pylon structure; Italy: temporary structure design consultant and installation of lifts on the bridge; Spain: manufacture of cables for the bridge; Brazil: superstructure construction; Luxembourg: pylon access system; Germany: grapple flooring; Belgium: supply of crawler crane; Korea: rock drilling machine for P23.

At the design stage itself, it had been decided to have a viewer’s gallery on the bridge. When the bridge was inaugurated November 4,  2018, the watch tower had not been completed, but today one can enjoy a panoramic view of the city like from atop the Eiffel Tower in Paris from the watch tower. Visitors are taken to the top of the bridge in four elevators.

The iconic bridge will give a huge boost to the economy of the area as it will draw tourists from across National Capital Region (NCR), rest of India and even abroad. It would definitely have an impact on the socio-cultural fabric of the area. People will be able to enjoy a panoramic view of the city from the top of the bridge as people do from the Eiffel Tower. Visitors will be taken in four elevators with a total capacity of 50 people to a 154-metre high glass box on the top of the bridge to provide them a bird’s-eye view of the city. 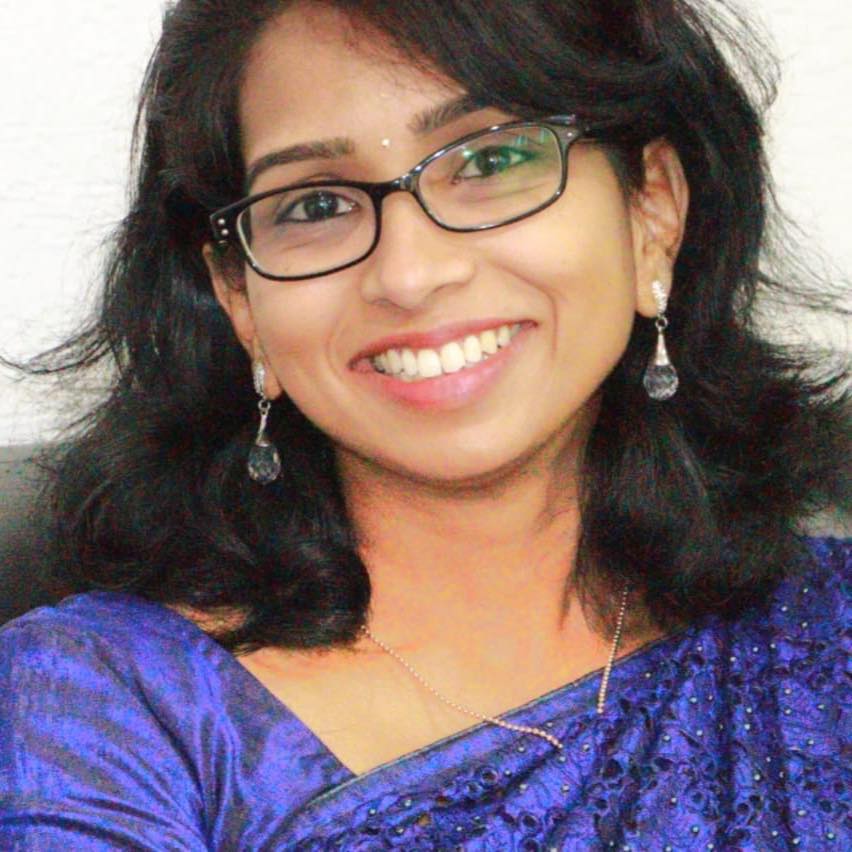 We believe in in “Pioneering changes in the reality sector”

How To Use Basic Design Principles To Decorate Your Home