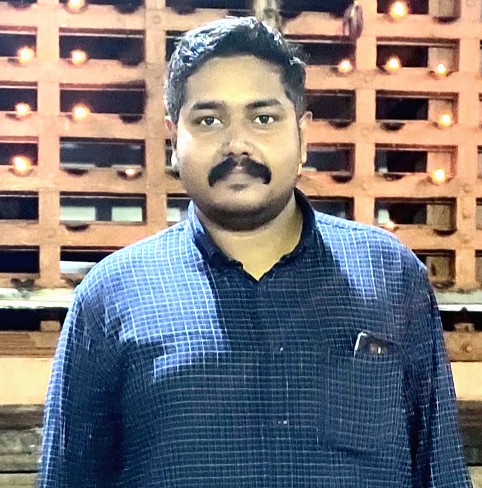 In the aftermath of the heavy rains that affected Kerala in the last two consecutive seasons, people have come to realize that this small coastal State is not immune to the shattering consequences of climate change. The predominant characteristic of the 2019 monsoon was the massive landslides that claimed more life and property than the rainfall induced floods.

Experts across the nation have since been analysing data to try and understand if such ‘gravity mass wasting, the geological term for all downhill rock and soil movement due to gravity can be predicted in the future. Mass wasting occurs when a slope is too steep to remain stable with the existing material and conditions.

Apart from the disastrous practices followed by hill construction contractors, it is evident that there are no proper landslide control measures in the hilly remotes of the State. Fig. 1 shows a typical mass wasting observed in Kerala (Pullurampara, 2012). Fig. 2 presents the key components in a gravity mass wasting.

Fig. 2. Anatomy of a Slope Failure

Some of the slope failures observed across the State have been debris flow, landslide, slab slide, slump rock fall and ground subsidence. While many of these are a characteristic of all hilly terrains, what is interesting is that unlike in other States, some of these slope failures have occurred in much gentler slopes.

Natural factors like rainfall, earthquake, lack of proper drainage, lithology, joint pattern and frequency, altitude, overburden thickness, and pore pressure at potential slide surface can be causes, of which rainfall – an excess of it – has been the primary cause in Kerala.

Table 1 demonstrates this link. What can be clearly seen is that rainfall three days prior to the slide was often twice if not more, than on the day of the slide, indicating that the lack of drainage most likely contributed to the landslide.

Table 1. Rainfall as a Key Factor

The change in land-use and land-cover pattern has reduced the extent of infiltration of water into the soil, resulting in additional surface runoff. The problem at most of the landslide locations was the flow of overburden material from uphill into the valley. The water flow starts from uphill as a small stream but due to absence of proper drainage path, it progresses into a wide stream which slowly saturates the overburden, to finally trigger the movement of the saturated mass (which has reduced shear strength due to the presence of water). The topography of the area also contributed to the problem in that the sharp steepness of the slope increased the intensity of the surface runoff.

Understanding the principles of rock mechanics is also very important in predicting and managing potential slope instabilities in mountainous regions. This assumes even greater significance in tropical areas with intense seasonal rainfall coupled with high temperatures, like in the case of Kerala, which lead to physical, chemical and biological processes acting over millions of years causing the rock to weather and progressively change fresh rock to residual soil.

Weathering is a progressive process. The degree of weathering decreases with depth and the rock properties change accordingly. The design of slopes in weathered rock must take into account the changes in the weathering profile at each depth which means that slope design must change with depth.

It has been reported that a large number of landslides in the mountainous regions of Kerala occurred from the debris created due to weathering. It is therefore necessary to use slope designs that are specifically suited to the properties of weathered rock. Such designs are based on the same principles as for fresh rock but the design methods will be different.

This is a factor which has not been taken into account in the hilly terrains of Kerala and could possibly cause extensive damages in the future too.

From the data at hand since late 90’s, it is very clear that 65% of the failures occurred at critical, and highly unstable zones. Lack of awareness among the local people also played a role in the damages caused. All small-scale landslips are an indication of major ones to follow and ought to be taken as a warning of sorts, but it is often ignored.

Deforestation and construction close to ephemeral channels and the subsequent blockage of natural drainage has been another key ingredient for disaster. Steep cutting particularly for road building, resulting in day lighting of rock/overburden interface is another important aspect which needs immediate attention pertaining to rock falls.

This will need micro level mapping of geotechnical parameters and an extensive land use planning at the Panchayat level if such disasters are to be averted in the future. Making use of the available technology is the need of the hour.

Disruptions are opportunities too

I built an app that does triangulation of points on the...

Punish those who fail the public trust

Kalimpong Resting on the Himalayan fear