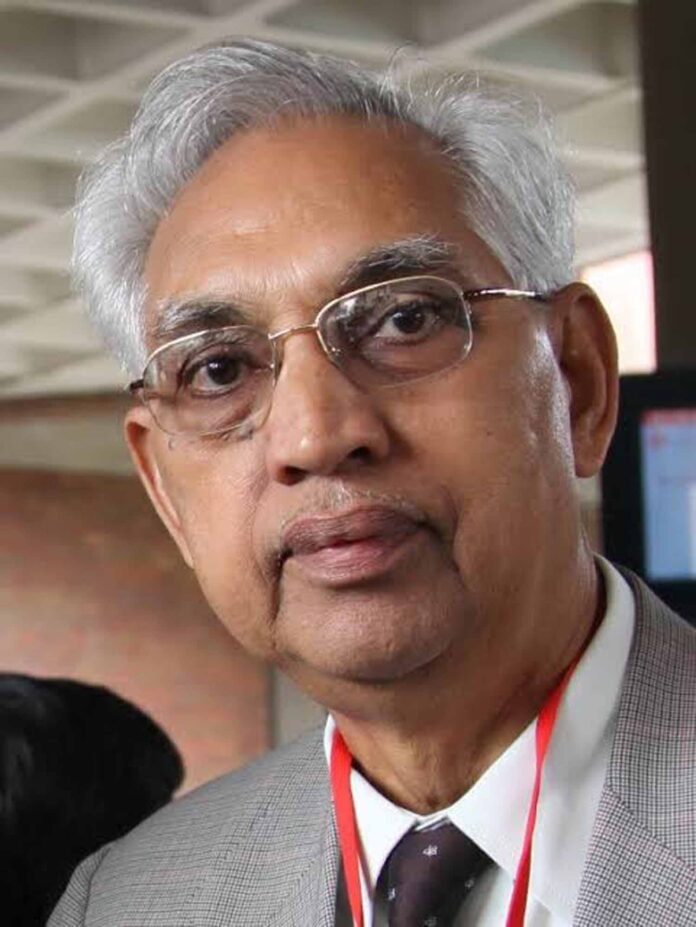 People are reluctant to spend money and time on detailed soil investigations irrespective of the fact that it can bring down the cost of foundation construction. How important do you think is it to carry out a detailed investigation?

Many practitioners have a false sense of economy and are ignorant of the importance of knowing and understanding the uniqueness of ground conditions. While in all advanced countries, planning and designing are considered crucial and given 1 to 2 years’ time, in India starting the project takes precedence. Planners, architects and structural engineers are all familiar with and deal with manufactured products such as steel and concrete. They presume that ground and its constituents can also be dealt with in the same way. Most agencies just want a figure for the bearing capacity and do not ask for possible or anticipatable difficulties during construction.

Trying to save money in geotechnical investigations is a classic case of being ‘penny wise and pound foolish’. Inadequate and improper investigations result in a very conservative value of allowable bearing capacity being recommended and adopted. As a result, foundation construction costs escalate because of deeper excavation deeper, unnecessary use of piles or excessive volume of concrete. Most projects are affected by cost escalations mainly because of these reasons. Many construction problems like support for deep excavation and dewatering can be avoided with proper advice from a knowledgeable geotechnical consultant.

Disastrous landslides are common in Kerala during rains. What according to you could be the reason for it? What are the mitigation procedures you suggest?

Landslides often occur due to human interference with nature. Most slopes got stabilized over centuries, but when they are steepened for road widening or new construction activities the initial state of the hill slopes gets altered. Lack of appreciation of the consequences of disturbing nature leads to these failures. Rains or seismic events are triggers. Ignorance of the importance of geotechnical issues and a false sense of economy, once again, are the possible reasons in several cases. Prevention of infiltration and proper drainage of rainwater would help mitigate this problem to a large extent.

The iconic Leaning Tower of Pisa, though stated to be a failure, stands as an engineering marvel. What according to you are the reasons for its failure? Is there a possible solution to rectify it?

One does not expect high degree of geotechnical knowledge or expertise in the twelfth century. Construction then was more an art than science. Incidentally, Tower of Pisa is not a failure but a testimony to the concept of limiting stability. Several towers in Italy have collapsed over the last century. Possible reasons for the tilt are inadequate geotechnical knowledge, variable thickness of soft clay strata, leaning instability of the tall structure on soft ground, etc. The Tower is in the shape of a ‘banana’ and is not straight in the strict sense. Hence it cannot be ‘straightened’.

Are there any modern methods to build retaining structures in clayey soil in place of the conventional concrete and steel constructions?

It is not modern at all, but the construction of reinforced soil walls is the norm and not with concrete or steel. If anyone is still pursuing conventional methods, they are doing a disservice to the profession. Reinforced soil walls are safer, economical, environment friendly and have much less carbon footprint. They are also faster to construct. Gabions can be used to retain clayey soil. Behind the gabion walls a geotextile can be placed to prevent internal erosion and for drainage purposes. Drainage should be provided on the top to prevent infiltration of water into the soil.

The most important thing that should be taken care of while retaining fine grained soil is to provide surface drainage. Otherwise, water will soften the soil; particularly the fine grained ones such as silts and clays. Pore pressure that develops due to this will make the wall unstable. The problem is not with clay, but with water that gets infiltrated. Proper surface drainage is ensured by providing gradient so that water gets collected in to drains and taken down through pipes or chutes.

What are your recommendations on failure studies by government agencies in the event of a disaster or failure?

Sadly, a failure study in the event of a disaster or failure is mostly done to apportion blame and not to learn from it. Accidents can happen, not always out of negligence. Whenever something happens in our industry, they want to blame someone instead of trying to understand the reason behind the problem or they try to cover it up.

Shortage of land leads to increasing demand for basement floors. Won’t the increasing number of cellar floors pose threat to the environment?

Never heard that going under is a threat to the environment. Why should it be? It is one option to optimise utilisation of limited land.

What is your opinion about the threat posed by dams to natural habitations and nature’s behaviour pattern?

You have been a teacher for long and an active organiser of intensive programs for students. According to you, what should be done to upgrade the quality of graduating geotechnical engineers?

Geotechnical engineering is not science as is often believed it to be. It is more like practice of medicine. Soil Mechanics cannot be taught in the class alone. Both teachers and students should be sent to the field to learn the site conditions, sample collection, carry out SPT, issues involved in excavations, constructions, dewatering, etc. What is taught in the classroom or in the laboratory is a miniscule of the real or actual behaviour of the ground.

Kalimpong Resting on the Himalayan fear