Home Technology Update Sustainability “Demolition too is a necessity” 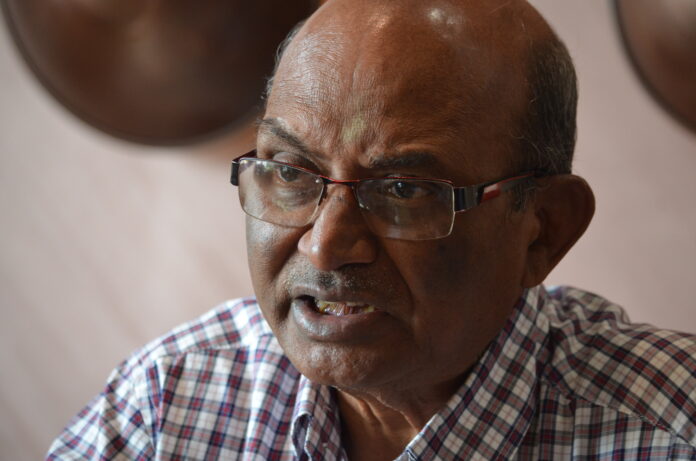 “A perfect plan is needed for the demolition of a building. There are no set rules for this process which has become part of development”

The recent Supreme Court verdict for demolition of the flats on the Kochi waterfront and its implementation have brought to the fore one aspect of construction that not many has seriously thought of – demolition. While construction is the most essential part of any civilization, it being an index of growth, it also creates the necessity for demolition. In fact, demolition is becoming an essential activity for further development because destruction as much as part of the process by which nature maintains its balance.

Building demolition is an ancient process, its reasons and methods changing from place to place. Due to increasing population, demolition of old structures has become a necessity to create space for the wave of modernization which is the need of the hour.

The method of demolition depends on size, situation, and various factors like quality and age of construction. Problems associated with each demolition vary with site conditions, thickness of column, composition, height of the structure and environment. Safety, time and cost of demolition also vary depending on these factors.

A major difficulty in demolition is that there cannot be a thumb rule. Basically, demolition involves drilling and blasting. The only questions to be decided are where to drill, how much to drill and what type of drilling and explosives to be used.

Demolition does not mean destruction of illegal buildings alone, rather it includes various structures like bridges, water tanks, chimneys, residential buildings and apartments, dams etc. Choosing the method of demolition is important because we want something to be clear on the first fall itself. Therefore, it is evident that the methodology will change according to the purpose, time frame and the reason for the demolition.

Implosion is a basic method of demolition. The growing demolition industry has come up with various mechanical means like heavy hammers, wrecking ball or breaker tooth attachments on hydraulic excavators and controlled blasting. The method of implosion is now common as it is safe, fast, economical and need minimal manpower. The effects of explosion and implosion are different – the former is an outward blasting and latter has an inward effect. There are no set or standard rules, sometimes it is just a feeling that a particular way sounds better than the other.

The criteria for choosing explosives should be that it should not result in excessive blast. Once the right amount of explosives is set, the building may fall on gravity. It would be advisable to take the advice of  civil engineers to study the structure’s configuration because structural drawings may not be available for all buildings. Moreover, engineers can also suggest the suitable place for filling the explosives. Finding a weaker part is a task in the physical investigation and the building should fall at the first attempt without fail.

The most important part is the initiation system. It has to be decided on the logical after-effects of blasting where experience is the most powerful tool. The explosives do not explode by themselves. Detonators or some initiators are required to boost the blast. It is nothing but a chemical combination which, when it reacts to shock, gets converted to 16,000 times the volume of gases. They will exert a pressure on the wall, and with the initial fall gravity starts working on its own.

In West Bengal, a 250 MW plant had become uneconomical, and the government decided to go for a 500 MW plant which would work for long. There were two chimneys which were around 180m long. Chimneys have a totally different civil structure as some are made of brick while a few are coated with reinforcement which creates a problem. But, here the demolition was successful.

The earthquake-hit area in Bhuj was a major challenge for demolition experts as the buildings were already damaged and people were afraid even to pass by. A few buildings here didn’t fall due to a manufacturing defect of explosives. They were only partially demolished and ended up being more dangerous.

For every demolition activity, safety measures are to be ensured so that fragments do not go too far and damage the surrounding. Too much explosives should not be used which can result in negative effects too.

Partition walls are the basic support of a building in between columns. Once they are removed, the left-over building is a structure of only beams and columns. This has to be done on the ground floor as well as one or two floors above if it’s a multi storied building. This method changes when it comes to a 20-storey building. When the fall happens, the gravitational fall may help to bring down floors.

The core of the entire process lies in drilling holes. A jack hammer with a drilling rod is used for this purpose and the specification may vary with products and use. Usually, 0.8m length rods are used for building demolition. The jack hammer is operated pneumatically i.e., on compressed air. The purpose of drilling is to implant explosives. After blasting, the mortar in RCC columns is removed leaving behind the reinforcements which help take the load off the building. And the building falls as walls and columns are removed.

Even the angle of the hole is important in demolition. Angular holes are drilled in cases according to the type of column, considering its strength and thickness. Drilling of holes is planned in such a way that 75% of the width of the column is covered so as to clear the mortar.

Blasting can be conducted only after the walls are drilled which creates a space for explosives confinement. Drilled holes are charged with explosive base charge viz. ammonium nitrate slurry or emulsion explosive or any suitable explosive, with a detonator inserted in it.

As in every piece of work, challenges are aplenty, and adequate measures must be taken to prevent partial fall. Backup options are taken care of and there is always a Plan B. Considering situations like the inability to access drilled holes, a set of dummy holes are prepared but they may not be used. They are all a matter of emergency. Ultimately, any building may fall on gravity, because we don’t know at what point the building gets weaker and falls down. Gravity works better for taller buildings and makes it easier to bring them down.

A slightly high explosive might have been used for the Alfa Serene apartment complex, but that hardly matters as there was no problem. The printers are small and they don’t damage anything. There could be minor damages like the breakage of a few glass windows in nearby surroundings. The sound depends on the type of fuse used and it lasts only for a few milliseconds which is ignorable.

The main aim of demolition is to bring down a structure in the first fall without causing any adverse effect to the environment. There is no need for any extra precaution, but the authorities need to manage the flying fragments and ensure that the fall does not affect people or the surroundings.

For Maradu demolition, the most challenging task was for the Golden Kayaloram apartment complex. There were many factors to be taken into account, since its surrounding was clustered with a school, buildings and water bodies. But its demolition was done exceptionally well as the team had ensured that there would not be any mistake and the school would stay covered and intact.

Bringing down Alpha Serene was another major challenge as it needed special care to protect the water body nearby and to avoid it getting polluted as much as possible. The team ensured that only a minimal amount of debris went into the water. And all machinery was available to clean the lake too.