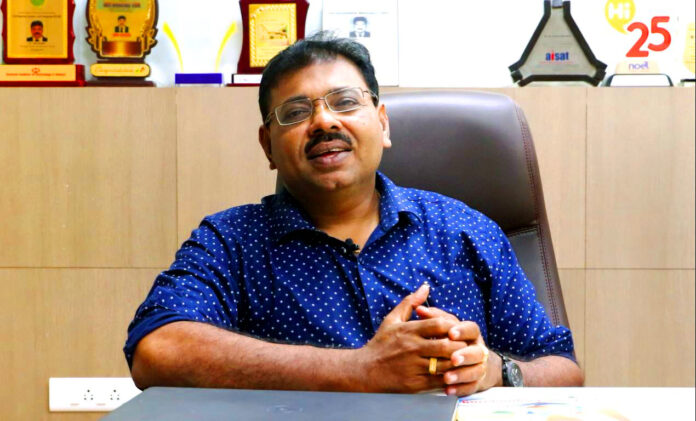 Each of the four apartments demolished at Maradu in Kochi on January 11-12, 2020, presented different challenges.  The H2O Holy Faith Apartment was a ‘V’ shaped building; Alfa Serene had Hotel Le Meridien Annex and small houses located close to it; Jane Coral Cove Tower was the largest with a built up area of around 4.5 lakh sq ft. and had only two meter setback from the river; Golden Kayaloram had a frontage of 10 floors and back area of 16 floors with a main road, a school and the river close by, the school just a few meters away.

Kochi sub collector Snehil Kumar Singh formed a 11-member technical committee led by Mr. Baburaj from the Local Self Government Department, Miss Molly from Kerala State Pollution Control Board and Arun from Kochi Metro Rail Limited (KMRL)and a best team of engineers from LSGD. They appointed me as the structural engineering expert. Our job was to scrutinize and select the best team for demolishing these structures from a set of 16.

There are several cases of demolition reported in India. In Chennai, a building was demolished as it does not had adequate foundation, posing a safety risk. In Bhuj, implosion technology was used to remove the structures which were affected by the earthquake. In Kochi, the case was quite different. The columns of the apartment complexes were very strong and were designed for 100 years. They had shear walls, staircase blocks made of M45 grade concrete. Given the recent experience of a railway over bridge in Kottayam remaining unaffected despite a well-planned implosion, we were worried whether the structures would collapse at one go.

We approached Anand Sharma representing Vijaya Steels was one of the bidders and he suggested that Sharad B. Sarwate, a demolition expert from Indore, to be included in the team. Once he was on board, we felt more confident about the success of our endeavor. However, the assignments so far handled by Sarwate were far less complex than the one we had on our hands.

Maradu location was a water logged area and the consequences of huge structures falling into the water logged soil would have been serious. We needed the services of mining engineers to quantify the breaching charges of the explosions and structural engineers to decide the right quantity of blast. If the blast  force is less, the structure may not fall and if it was more, it would turn into an explosion, which can take the debris 500 metre or more from the location and can induce catastrophe. In order to avert any such possibility, we covered the columns with 3-4 layers of wire mesh and geotextile. Protective shields comprising geotextiles and wire meshes were provided on all the blast floors outside, especially in the case of Alpha Serene. A curtain wall protection was also given to control the blast and ensure that it does not turn into an explosion.

Usually what we do in demolition is, we pre-weaken the structure by removing the loads. Impact or the touchdown vibration is the biggest challenge here. If we could control the touchdown vibration, it would mean that the implosion was a total success. In the case of Golden Kayaloram, all the walls were stripped in order to protect the school nearby.

What we had to do was a split fall demolition, which was a major engineering challenge, the key elements being the angle of the fall and its timing. In order to allay the fears of the people, the Association of Structural and Geotechnical Consultants volunteered to do the pre and post demolition survey. 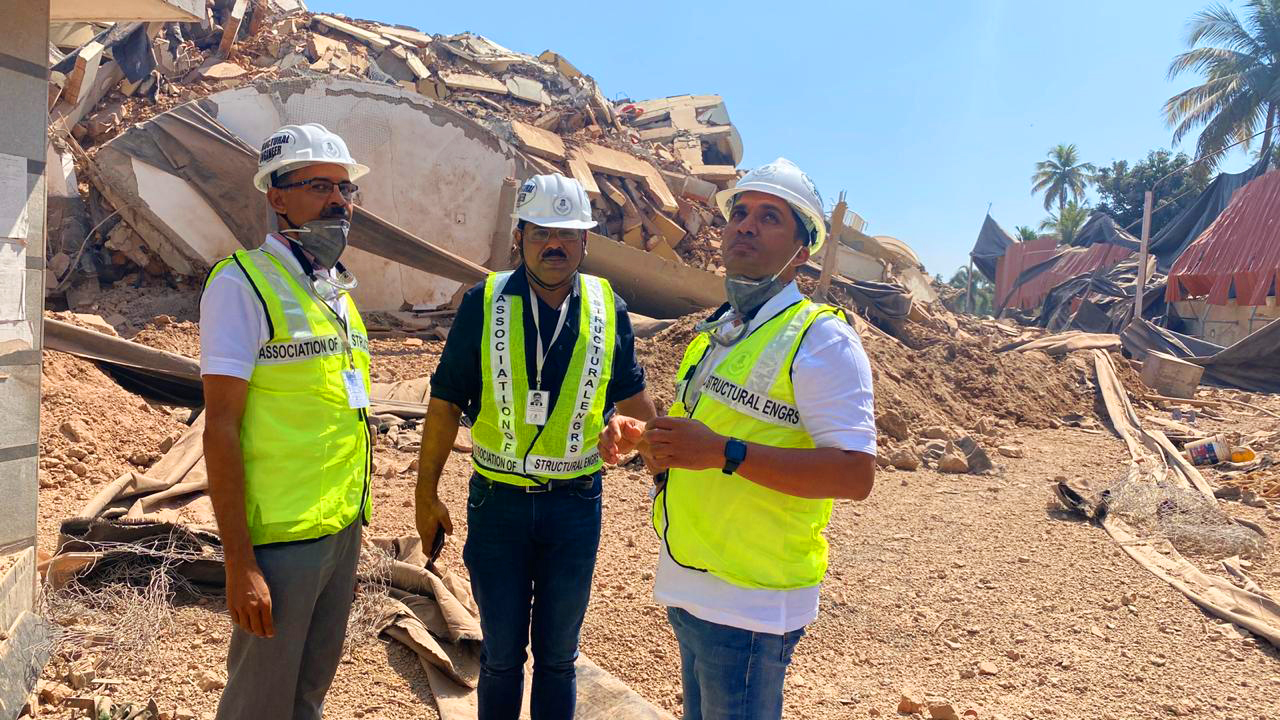 We had chosen Edifice Engineering, an ISO 9001:2015 certified Mumbai based company engaged in demolitions, as demolition service contractors, but they had not handled such a massive assignment.  Edifice was given Golden Kayaloram, Jain Coral Cove and H2o, Holyfaith and Vijay Steels was given the twin towers of Alfa Serene.  Mr. Utkarsh Mehta, partner, Edifice Engineering, got the help of Jet Demolition who are Africa’s premier demolition agencies and had experience of handling complex projects. We reached out to them and Mr. Joe Brinkmann, director, Jet Demolition, and his colleague Mr. Kevin Smith came all the way from South Africa.

The region occupied by the flats is in very soft marine clay with N value ranging from 0 to 5 for soil strata up to 15 m depth from the ground level. So there were chances of settlement and heaving of neighboring residential buildings that did not have adequate foundation.

After deciding to drill the columns, the implosion points were worked out. Then came the question of how to carry out controlled implosions. Our calculations about the timed fall impact were at variance with those of the Jet team, the important point being vibration. There are two types of vibration. One is blast vibration, which is the vibration generated by the explosion in the shot holes, which has less impact on the surroundings. The second is touchdown vibration caused by the collision of buildings falling to the ground. It has huge energy, long duration and can have a harmful impact on the surroundings.

I expressed my strong reservations when the Jet demolition team said they would measure and monitor the vibration. We assigned that job to Prof. Bhoominathan, Head, Earthquake Engineering Department, IIT, Chennai. We had 10 accelerometers fixed at different intervals like 50m, 100m 150m to measure the vibration impact, besides 8 strain gauges. Three teams waited in cars at three points in the exclusion zone to monitor the vibration. A series of geophones were also used.

‘Crippling technology’, where only 40 percent of the mass will hit the ground and remaining will form a debris heap and will control the touch down vibration. Lots of detailed Engineering, covering structural strength, blast forces, touchdown vibrations, liquefaction analysis etc. went into the planning and every detail was reviewed by the technical committee. Even though as the structural designer of the buildings, collapse of those buildings had induced a lot of painful emotional stresses. The fact that the demolition was carried out in perfect way as in the blueprint had a professional satisfaction and that it did not induce any damages to the nearby small houses, bridges, oil pipelines etc was a great relief. Thanks to such meticulous planning, we were able to pull off the demolitions without any hitch.

A FIFA challenge, met with LEGION!