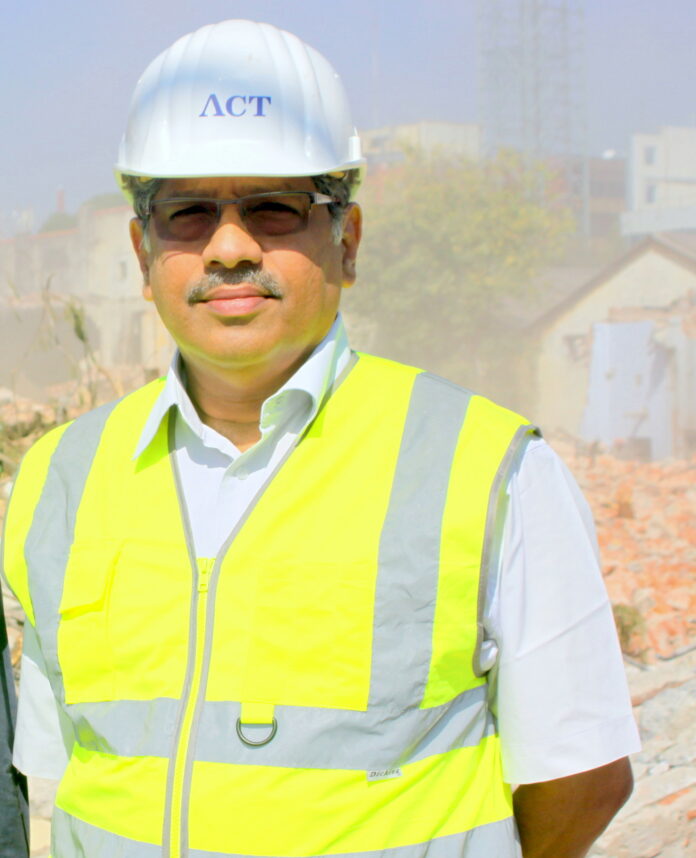 Indian construction industry has been growing at the rate of 10% annually over the past 10 years. Indian real estate operations are estimated to reach a market size of $180 million by 2020 and about 170 million houses are expected to be built by 2030. Such rapid urbanization puts enormous stress on the environment as there is a growing demand for natural resources such as aggregates in the construction industry. 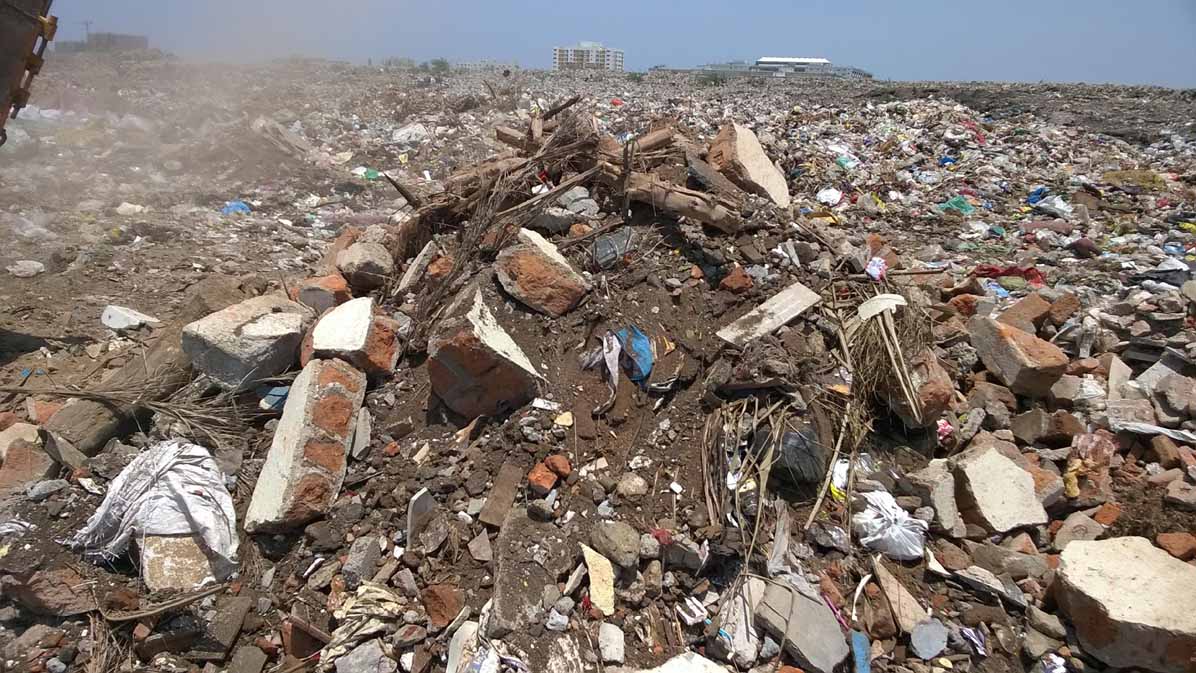 Development Alternatives (DA), an NGO, has projected a massive amount of 750 million tonnes of C&D waste generation annually in the coming years. A research paper using materials flow analysis has shown that the generation of C&D waste in India could range between 112 and 431 million tonnes. Thus, the available estimates vary to a wide extent and reliability is lacking.

One of the biggest milestones in the country’s efforts to improve C&D waste management was the setting up of a pilot recycling facility in New Delhi. Out of the 4,000 tonnes of C&D waste, around 2,000 TPD of waste is being dumped in corporation-run landfills. The remaining waste gets dumped in unauthorized sites such as on river beds, low lying areas and roadsides, causing several downstream issues in the city.

Anticipation of huge quantity of C&D waste generation due to enormous amount of construction activities related to hosting Common Wealth Games had led the Delhi Municipal Corporation (DMC) to realize the problem of C&D waste and its impact on the environment. In an attempt to solve this problem in a sustainable manner, DMC set up a pilot C&D waste processing facility under its jurisdiction.

The project met with several obstacles, both in the C&D waste recycling process and sale of recycled products. Market acceptance of the recycled aggregates was also low. Hence, various value added products were produced and sold as finished products instead of selling C&D waste as raw material. Concrete mix was done carefully to ensure that the quality of the products was not affected because of the use of recycled aggregates which are slightly inferior in quality as compared to quarried aggregates. The taxes on finished goods such as ready-mix concrete and other pre-cast products also influenced the economic viability of the recycled products. 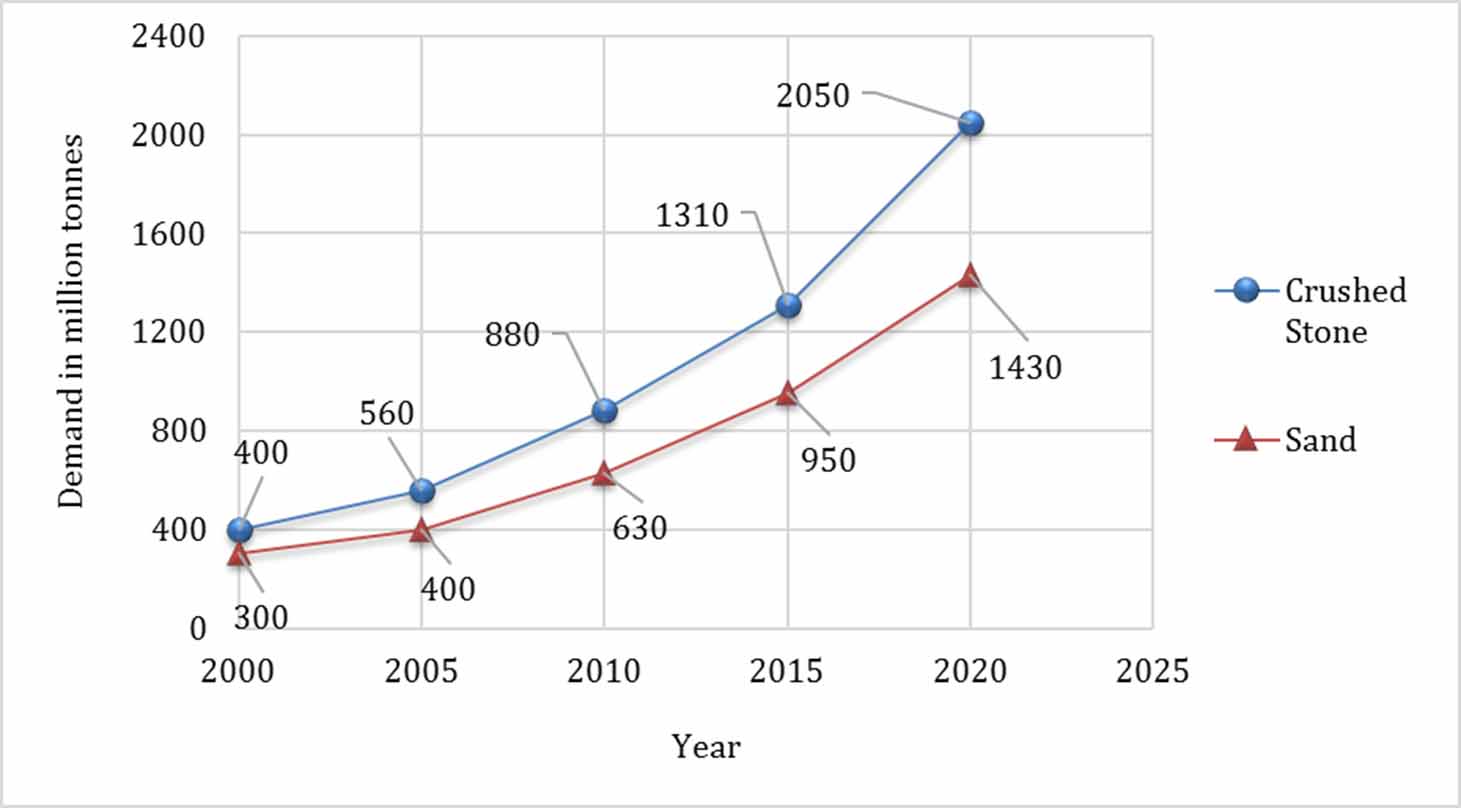 Indian Concrete Institute (ICI) has organized many sensitizing workshops about C&D waste recycling along with the Central Public Works Department (CPWD) and IIT Madras. The first of the workshop series was held in New Delhi with the support of the Ministry of Urban Development (MOUD) and included a visit to the pilot recycling facility operating in the region. IIT Madras did one of the pioneering scientific studies on C&D waste generation in India and proved that there is gross underestimation of the generation of C&D waste at the national level. It also worked closely with several local authorities and helped them draft C&D waste management plans for their jurisdiction.

The Government of India launched ‘Swachh Bharat Mission’ in 2014 with an aim to clean up streets, roads and other infrastructure of India’s cities, towns and villages. It has become one of the massive sanitation campaigns, raising awareness about issues such as open defecation, littering in the public streets etc. ‘Clean Ganga’ project of the Government of India is another notable initiative in this direction. The Government of India also launched ‘Smart Cities Mission’ (2015) to develop 100 cities that are sustainable and citizen friendly.

One of the big problems we face has to do with the sparse data we have about quantum of waste generation and its composition. Lack of proper book keeping practices about C&D waste and reliable data from the cities raise doubts about the accuracy of the estimates. Huge volumes of waste generation demands an explicit ‘C&D Mission’ to address and improve the situation before it aggravates further. The fact that almost half of the waste being generated in the Indian urban areas is being illegally disposed is also a matter of serious concern.

Composition studies done in India indicate that the proportion of soil and brick masonry debris form a major part of the C&D waste and not concrete (as shown in Figure 3). This is in contrast to some other Asian and European countries wherein concrete waste is one of the biggest constituents. Because of this, the business model and output of recycling facilities need to be tailored to the local conditions. 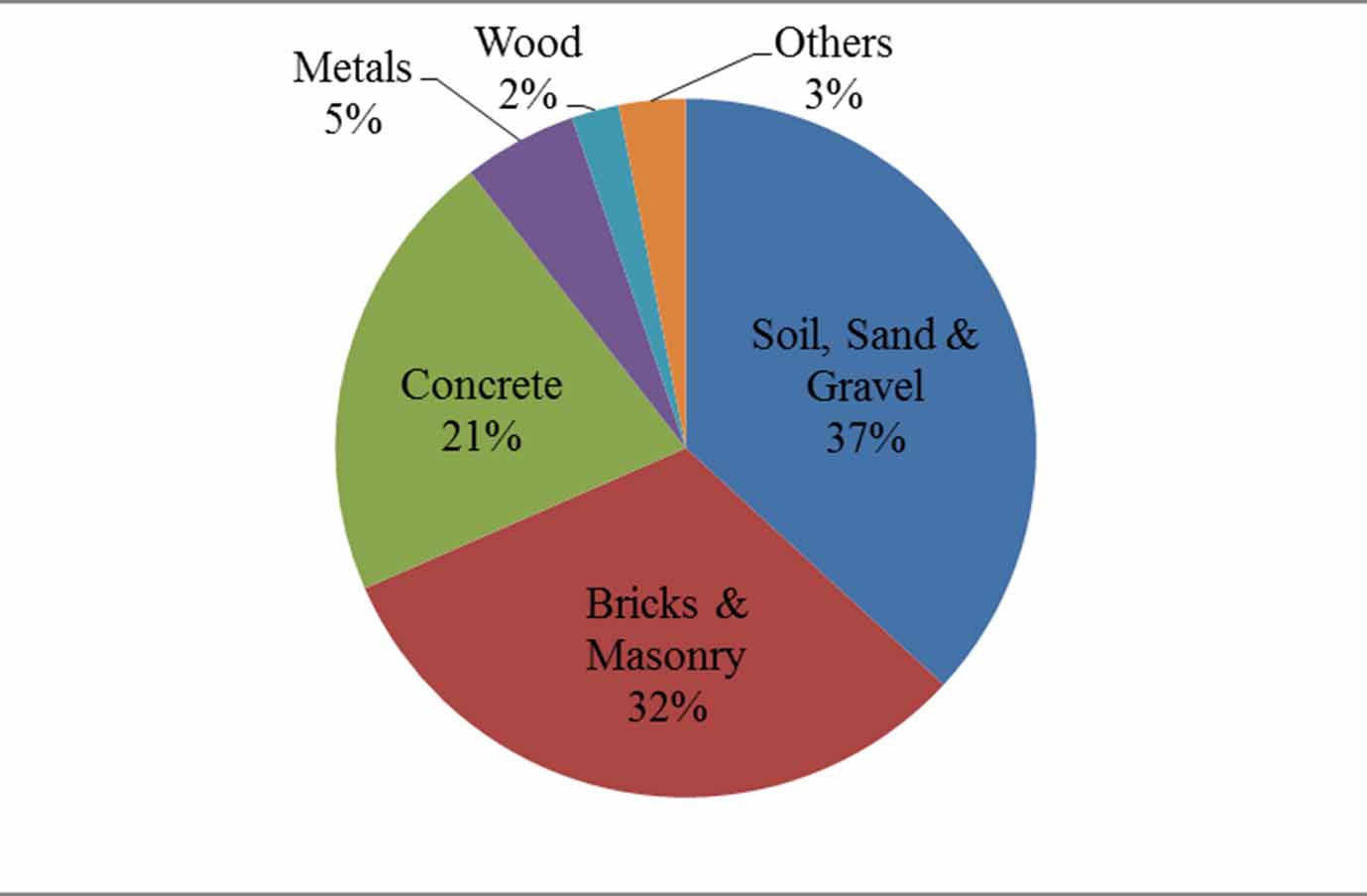 The demand for aggregates in the Indian construction sector is projected to be about 2 billion tonnes of coarse aggregates and 1.4 billion tonnes of sand (fine aggregates) by 2020 (as shown in Figure 4). Even if we assume that about 500 million tonnes of the entire C&D waste generation in the country is recycled, it can just partially substitute the demand that exists in the sector. Hence, if C&D waste recycling is not pursued, very high amounts of domestic resource extraction is the most probable response to meeting the growing demands.

The National Green Tribunal, playing the role of a watchdog, is very active and has made it clear that the natural resource (be it in quarry or in riverbed) cannot be exploited anymore and need to be protected. Since there is a huge demand in the construction sector and a large amount of C&D waste is being generated, C&D waste recycling seems to be a sustainable solution and could potentially be a partial substitute that can alleviate several problems of society.

The cost of quarried aggregates are close to about Rs. 50 to Rs. 60 per cft and the cost benefit analysis in the literature shows that recycled aggregates could be produced at a much lower cost than quarried aggregates, provided a pro-recycling environment exists in the urban areas. Thus, utilizing recycled products makes sense not just from the environmental point of view but also economically.

Incentives such as tax credits for recycling and recycled products, providing land and other crucial resources for setting up recycling infrastructure at low rates could help the recycling environment to thrive. Urban authorities must take this issue seriously and their response to public actions and demands should be watched closely to improve C&D waste management within their jurisdiction. The regulatory framework has evolved quite well and are supportive. What is lacking is strict enforcement of the regulations and readiness on the part of the people to use recycled products. The carbon footprint reduction potential of recycled aggregate use should be factored into the equations while proposing incentives and other mechanisms to boost the recycling industry.